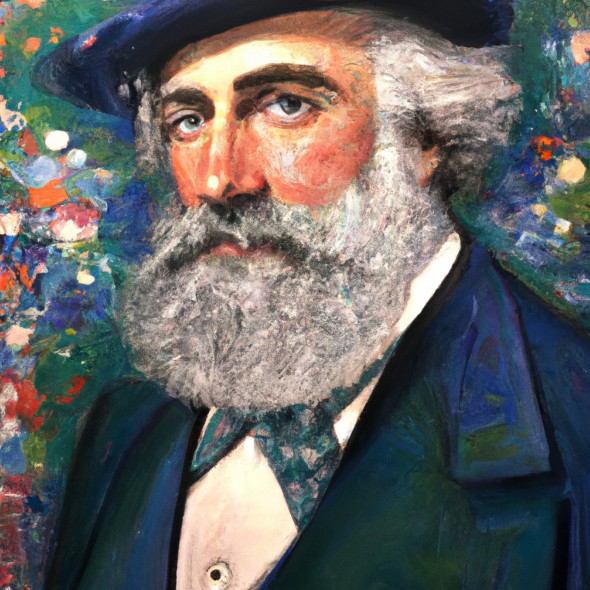 Claude Monet (1840–1926) was a French Impressionist painter who is considered one of the most important figures in the history of Western art. Monet was born in Paris and was first influenced by the Baroque art of the time. At the age of 11, he was enrolled by his mother into the Le Havre secondary school of the arts. In 1859, Monet traveled to Paris to enroll in the Académie Suisse, where he studied with Charles Gleyre and met his lifelong friends and fellow Impressionists, Camille Pissarro, Pierre-Auguste Renoir and Alfred Sisley.

In the mid-1860s, Monet began his series of plein air landscapes, seeking to capture the effects of light on the natural environment. He concentrated on the composition of light, color, and the changing atmosphere of an area in order to capture the moment of expression. Monet's series of Grainstacks, Poplars, and Haystacks are among his most acclaimed landscape works. Monet was also a pioneer of the use of modern optical and scientific effects, as seen in his 1872 masterpiece Impression, Sunrise.

In the late 1870s, Monet shifted his focus to the modern architecture of Paris, painting the streets and bridges around the city. He also painted his own garden at Giverny, where he had moved in 1883. Monet created close to 250 paintings from the garden, depicting a diverse range of objects and scenes, from his water lilies and willow trees to the Japanese bridge and main house.

Monet's works were instrumental in the development of early 20th century French painting, and his continued influence can still be seen in the work of contemporary artists. His thought-provoking use of color, light, and reflection left an indelible mark on the history of modern painting. Monet has left a timeless legacy and is one of the most celebrated painters of the Western world.

Claude Monet's paintings are a great choice for decorating a living space because they are renowned for their bold colors, striking visual textures, and close attention to detail. His famous painting series of the same scenes, such as his series of water lily paintings, create a cohesive look that can add to the feel of a room and tie it all together. The vibrant elements of Monet's artwork can also inject energy and life into a more muted space.