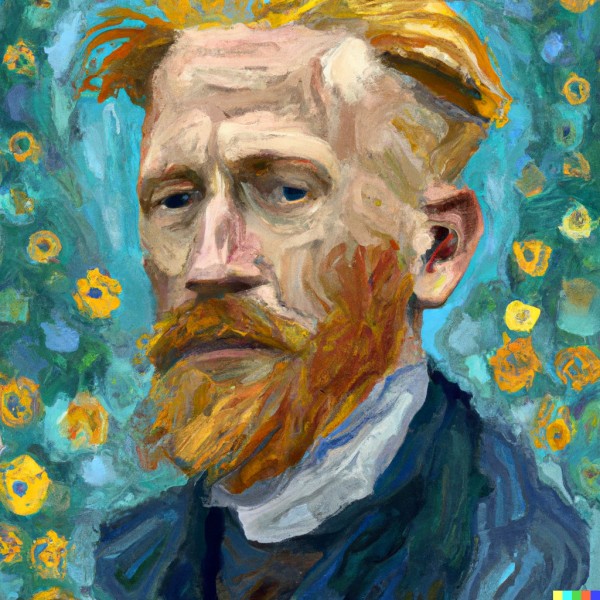 Vincent Van Gogh is one of the world's most celebrated artists. Born in 1853 in the Netherlands, Van Gogh was the son of a Protestant minister and grew up in an atmosphere of deep faith and intense study of the Bible. Although he did not receive any formal training in art, Van Gogh became passionate about painting and drawing in his late teens.

Van Gogh was drawn to symbols and themes from nature, and his earliest works featured landscapes of the Dutch countryside. He was particularly influenced by the works of Honoré Daumier, whose unflinching depictions of poverty resonated with the young artist. It was during this period that Van Gogh began to develop his characteristic style, characterized by bold, unruly brushstrokes, expressive colors, and intense movements.

In 1886, Van Gogh left his home to live in Paris. He was deeply inspired by the work of Impressionists like Paul Cézanne, whose images of the French countryside moved the young artist. Van Gogh also developed a strong attachment to Japan after seeing prints produced by the Ukiyo-e school of painting. He incorporated elements of Japanese printmaking into his own work, including the contrast of bold shapes and bright colors.

Van Gogh created hundreds of works of art in the ten years he lived in Paris, but he rarely found success during his lifetime. After a bout of mental illness, Van Gogh moved to the French countryside in 1890 and began to paint some of his best-known works. At the same time, he began to experiment with different color combinations and curved lines. He soon began to produce a series of paintings and drawings depicting rural scenes, with vivid colors that celebrate the beauty of the natural world.

Van Gogh's work has since become renowned for its emotional power and its bold use of color. Although he was unsuccessful and unrecognized in his lifetime, Van Gogh is now considered one of the most important artists of the modern era. His unique style and vision of life has inspired countless artists around the world and his influence continues to be felt today.

Vincent Van Gogh's artwork adds a beautiful and meaningful touch to any space, creating an atmosphere of creativity, expression and grace. His use of colors, brushstrokes, and unique techniques make each piece a remarkable conversation piece. Van Gogh's artwork also offers a unique chance to connect with the artist's life and emotions, offering insight into one of the most influential artists of all time. His artwork will surely add an eye-catching feature to any living space.